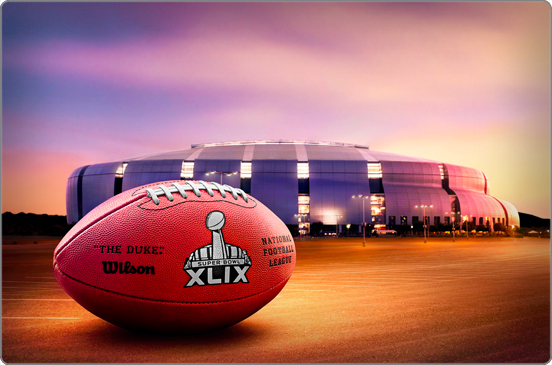 We are only hours away from the culmination of the NFL season, the 49th edition of the Super Bowl which will either result in historic back to back championships for the Seattle Seahawks, or the cementing of the New England Patriots dynasty by winning their 4th Super Bowl ring.

With all of the World’s focus rightfully fixed to the on-field action, we have decided to profile our favorite Super Bowl personalities and detail what makes them so interesting off the field.  So often we only acknowledge professional athletes for their accomplishments between the lines, however there is almost always more than meets the eye and here are a few of those stories.

Often characterized for his loud and boisterous personality, there is more to Richard Sherman than his lock down man to man coverage and on field bravado.  Sherman is from the rough streets of South Central Los Angeles and is the son of two hardworking parents.  Sherman’s dad Kevin still wakes up at 3:45 everyday and goes to work for the city of LA as a garbage truck driver and Richard often credits his father for instilling a strong work ethic and sense of self worth.

Sherman is a proud Stanford graduate and even came close to being named valedictorian of his high school class, and though you wouldn’t be able to tell by the video below, Sherman is a level headed young man who just so happens to believe very strongly in himself and his abilities both on and off the field.

Regardless of his play, Sherman has positioned himself for success after football by relentlessly pursuing excellence in all facets of his life and career.  Love him or hate him, we can all take a page or two out of Richard Sherman’s book when it comes to confidence in ourselves and the attention he pays to perfecting his craft.

It will be very difficult to miss #75 for the New England Patriots on Sunday.  Wilfork is a 6’2, 325 pound behemoth of a man, who happens to have a bit of a soft side.  For example, check out this video which was captured by a member of Wilfork’s family that leaves a lasting mental image and shows a side that the tough as nails DT hardly shows on Sundays.

Wilfork is known for his tremendous leadership qualities and of course his love of all things related to food.  On Sunday Wilfork will be seeking his second Super Bowl ring, after the 2004 first round pick was a part of the 2004 Championship team as a rookie.  Wilfork is not only highly respected amongst his teammates and peers he also can whip up a mean rack of ribs, and I think we all know the feeling of wanting to bust a few dance moves when a hot plate of food is coming our way!

As an avid supporter of all things Notre Dame, it was a surprisingly easy choice to profile a former Trojan, in Pete Carroll.  The former USC head coach made the switch back to the NFL in 2010 after leading USC to 3 national championships in close to 10 seasons as head coach, one of the defining eras of college football in the last 50 years.  Carroll is not new to the NFL, he spent the better part of 15 years as a journeyman coach in the NFL, including brief head coaching stints with both the New York Jets and his Super Bowl opponents, the New England Patriots.

In a world of callous, hard nosed personalities that make up the majority of NFL coaching staffs, Carroll is a black sheep of sorts.  Carroll is often known for the light-hearted nature with which he approaches the game and his teams often follow suit.  The 63 year old California native had seen a tremendous amount of success at the collegiate level, but many doubted that his jovial personality would mesh with the “prima donna” egos sprinkled throughout the National Football League.

After turning around the Seattle Seahawks organization, winning the 2014 Super Bowl and having an unprecedented chance at back to back Super Bowl victories, it is safe to say that Pete Carroll will be hearing his name called at a Hall of Fame induction one day.

Through all of the peaks and valleys that come with holding a highly publicized position, especially one in the sporting industry, Carroll has remained true to his nature and steadfast in his approach to leadership.  The videos below show some of the quirky ways Pete Carroll keeps his teams off guard and makes a serious work seem a lot more like fun, and its clear to see that his players respond to his authenticity.