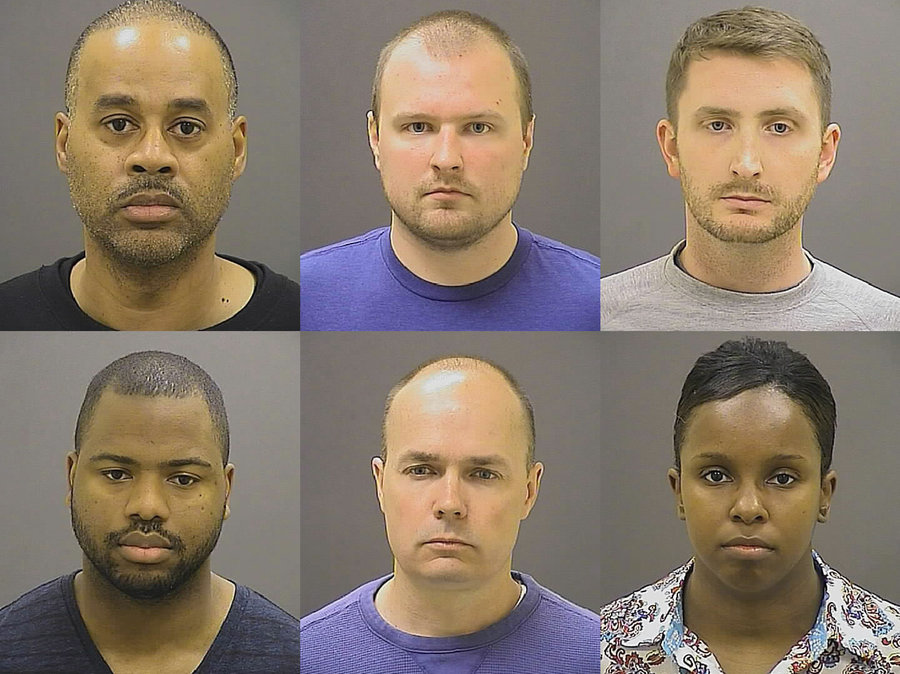 3 down, 3 more to go. Out of the 6 Police officers charged in the Infamous “Freddie Gray Incident” two have been found not guilty and the third (William Porter) ended in a mistrial. Officer Goodson (Top Left in Picture) was the driver of the van that Freddie Gray was placed in during his apprehension. Prosecutors argued that Goodson had intentions of harming Gray by intentionally not securing Gray into a seat while in the back of the van. Gray would eventually die due to a severe spinal cord injury. Of all 6 officers charged Goodson had the most serious charges which included second degree assault, reckless endangerment, second degree depraved heart murder, & 3 counts of manslaughter.

It was believed that the case of Caesar Goodson Jr. was critical to the prosecution because he possessed the most serious of charges & was most likely to be convicted. However, Goodson being acquitted of all 6 of his charges makes it highly probable that the other officers that were charged with lesser crimes will more than likely be acquitted as well. Normally these incidents only involve one officer facing charges. (Darren Wilson) Although there are three officers cases still pending, it seems very unlikely that anybody will be facing convictions due to the mishandling of Freddie Gray’s arrest. As a matter of fact, Baltimore Police are already preparing for any protest activity by canceling all paid leave, wanting as many officers available in case of mass protesting. Maryland National Guard has also been put on alert due to the controversial verdict.

It’s sobering reality that America has seen play out all too often. It seems that no matter what the circumstances, location, or graphic a video recording; it seems that the Officers in a lot of situations are all but immune to the criminal justice system that can be harsh to its American citizens. To truly put things in perspective, here’s a statistic that should help American Citizens understand just how easy it is for Police Officers to abuse their power against Citizens with Impunity. #RIPFreddieGray

Of 4,012 people killed by police since 2013, only 6 cases have lead to convictions of officers involved.