For the third consecutive year, Product of Society will have exclusive access to some of the most electric atmospheres in all of sports.  For those of you who may be new, check out our coverage of previous year’s Final Four Festivities.

This year, unlike previous years, is a much more open field.  The heavy favorites will be North Carolina , who is returning to their second consecutive Final Four after losing in epic fashion in last seasons national championship game.

The sleepers of this years tournament hail from a similar region as the favorites, but the University of South Carolina likely wont be mistaken for the Carolina Blue.  Frank Martin, one of the countries most loving and truly genuine coaches has made a mark on a program long looking for basketball identity.  A trip to the Final Four won’t be all the Gamecocks will be looking for.

The University of Oregon one of the seasons most interesting teams out of the Pac-10.  Led by Dillon Brooks & Dylan Ennis the Ducks have a chance to walk away as National Champions when its all said and done. 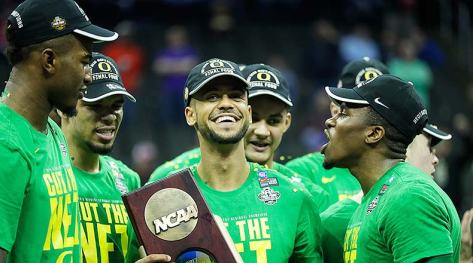 Their semi-final against North Carolina will likely one of the most highly contested games of the tournament with plenty of scoring to go around.  Expect a few future NBA players to come out of this game, and for sleeper Theo Pinson (North Carolina, G) to have a major impact.  Regardless of the outcome, we cant question the heart and toughness from the guys in green.

Finally, one of the most storied basketball programs without a storied tournament history, much less a Final Four history.  The Gonzaga Bulldogs notoriously known for not showing up in March, Mark Few and the Bulldogs turned that theory on its head as they take a #1 seed into their semi-final matchup against South Carolina.  We believe this one will be a battle of the coaches, neither of which has much Final Four experience as the head man, it will be interesting to see which team plays more relaxed and executes down the stretch.

Overall we’re in for another great finale to the college basketball season.  Ultimately we see North Carolina avenging their heartwrenching championship loss and cutting down the nets as the 2017 National Champion.  Enjoy!