In the United States, California real estate is the most expensive state (per square footage) and continues to appreciate to record numbers making places like Los Angeles virtually impossible for the average middle-class man/woman to buy and own property on the West coast. Being from Houston (where real estate is very affordable) and now living out in LA, I find myself asking daily, how can a young black male ever get into a position of wealth and ownership in a market like Los Angeles. Fortunately, despite systemic barriers that continue to try to keep young black males out of positions of ownership, people like Nipsey Hussle are not only paving the way for their communities, but giving us a blueprint of how to maneuver to success! 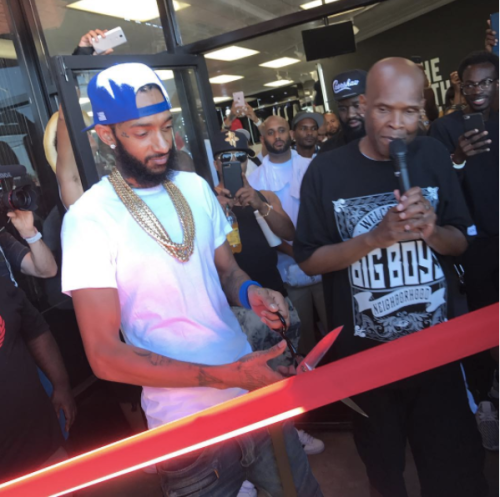 June 17, 2017 was a highly anticipated day due to Nipsey’s grand opening of The Marathon clothing store. The Marathon store is an entity that utilizes  smart technology and promotes the community’s rich brand and image of Crenshaw (one of Los Angele’s most historical streets).

"In my section we gettin busy, operation buy back the 60s" – @NipseyHussle pic.twitter.com/xHaUtFSqPd

You see, The Marathon was more than a celebration of solely the innovative store. The Marathon was a culmination of Nipsey’s success with renovating his neighborhood and plaza  (of which he owns) and multiple businesses  (Fatburger being one of the most prominent). As stated in the Worldstar video (directed by @ChuckyMillions), what Nipsey and TMC are doing billion dollar corporations can’t even complete. Not only is Nipsey regenerating wealth back into the community by building businesses, he is also providing jobs for his own neighborhood! Sometimes the jobs provided are even for ex-felons (who society deems as “lawless” and won’t allow access to get jobs which ultimately makes one turn to other options of making money).

Being from the south, it was truly beautiful to see so many people come out and support what Nipsey was doing and it reassured me that the love he spoke about in his music for Crenshaw was no less than REAL! In a time where black males are still getting murdered like animals without any police convictions, building wealth and ownership will be one of the only ways we can free ourselves from having to build someone else’s dreams (ex: Corporate America). These corporations more often than not are working behind the scenes to gentrify our communities, and to turn citizens into a labor force and not a country of creative thinkers.

While I did get to view the store from the outside, the line was too long for me to wait (daily problems of having a whack a** 9 to 5), so I will definitely be back. But in the mean time, I still had to make sure I copped a TMC exclusive online!

Understand, hip-hop is culture. Hip-hop is art. Therefore, it’s only right that these artists use their music platforms to expand into other ventures of businesses to help create opportunities for the next man. Nipsey and the TMC team understand this and I hope more people like myself and others have the opportunity to one day do the same! 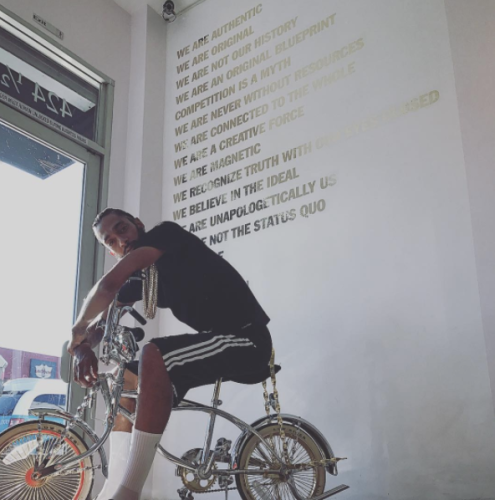