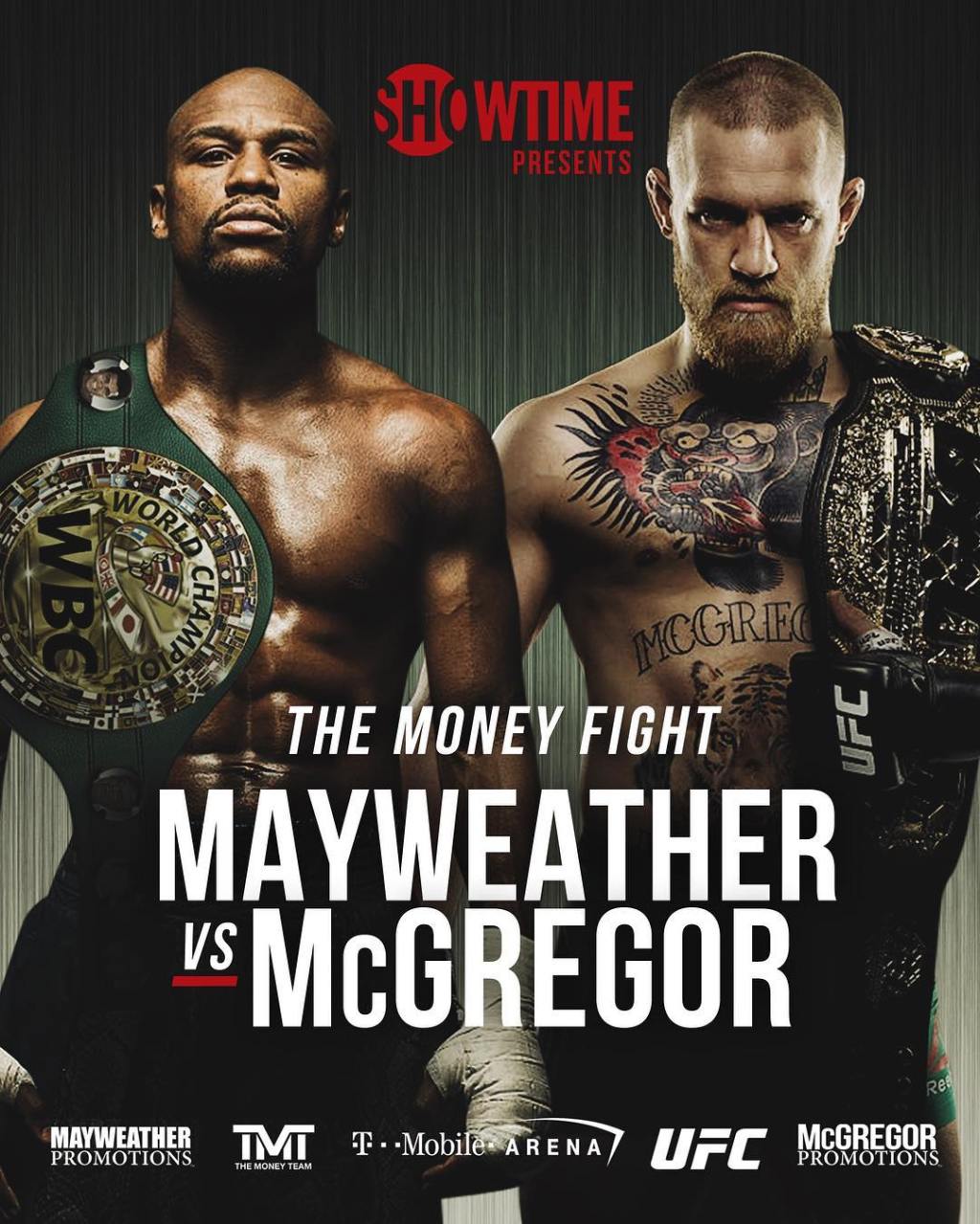 The fight we’ve all been waiting for has finally been set.  Undefeated champion, Floyd “Money” Mayweather, is set to take on an opponent who is somewhat unfamiliar to the boxing ring, Connor McGregor.  Connor McGregor is no rookie to the MMA octagon (the term commonly used to describe the MMA ring) but boxing experts are sheepish when discussing his chances against “one of the most technically sound boxers the sport has ever seen”.

The fight is set for Saturday, August 26th 2017 and is expected to break all previously held Pay-Per-View/Showtime records.  With a purse for both fighters totaling over $500 million (assuming the Pay-Per-View targets are hit) you can bet that all eyes in the sporting world will be on Las Vegas come late August.

Mayweather is furthering his chase for history and has already filed for 5 trademarks on his potential 50-0 record, a record that only the great Rocky Marciano could rival (49-0) and a party that McGregor would love to spoil.  The fight is taking place at the fairly new T-Mobile Arena in downtown Las Vegas and for those of you who are interested in being in attendance, expect to cough up a pretty penny.

Disney Signs Up to Bring More Magic to the NBA

The NBA has long since been one of the more aggressive organizations in the world when it comes to furthering their brand and doing so in a way that stokes excitement for fans and continues to elevate the game of basketball to new heights all over the world.

With the popularity of the NBA booming amongst fans and social media users alike, it is only logical that we see an increased amount of interest from corporate sponsors looking to benefit from the eyeballs drawn to the league.

Fast forward to 2016 when the NBA announced that they would be allowing a 2.5 x 2.5 advertisement to be sold at teams discretion.  This announcement was met with trepidation from most fans who did not want to see the NBA jerseys marked up by advertisements in the same way soccer jerseys are adorned with multiple sponsors for revenue generating purposes.

*Interesting note: The Utah Jazz passed on an opportunity to monetize their jersey advertisement and instead will use the space to promote a cancer research fund.  An act that is somewhat unheard of, but definitely is deserving of a tip of the hat to their business operations department.

In a year that seemed like it flew by, NBA free agency has already started off with a BANG! Dwight Howard was traded from the Atlanta Hawks to the Charlotte Hornets… 5 mins after beginning a free agency/draft Q&A session with fans, awkward….  Theres an ongoing market for both Paul George & Jimmy Butler, with the Cavaliers, Celtics, Clippers, Lakers, Rockets and Suns all playing major roles in the bidding process.

The Cavaliers fired their GM, David Griffin & Assistant GM (and friend to POS), Trent Redden in the midst of said trade negotiations, and only a year removed from bringing Cleveland its first major championship.  Kawhi Leonard set #NBATwitter ablaze amid rumors that he had cut his braids (!!!), confirmation of this has not been made, check the picture below for yourself.

Finally, we’ll close on a much more sensitive topic: Acceptance.  Ryan O’Callaghan played in both college and the NFL for over a dozen years and never felt as though he was comfortable or prepared to share his truth with teammates, media and/or fans.  O’Callaghan even comtemplated suicide and built a $70,000 cabin on his own property in preparation for that suicide.  Thankfully, it never came.

Ryan recently shared his story with outsports.com and that story can be found here.  As always we want to celebrate both the similarities and differences we each share, with a focus on fostering understanding and compassion to bring our communities closer together.  Product of Society stands with Ryan and anyone who suffers from suicidal thoughts & environments and we hope to continue spreading understanding towards ALL lifestyle choices.