This week Product of Society had the opportunity to link up with Philly artist Murph Been Havin for a “Breakthrough artist” Question & Answer session.

Preciate you linkin’ up with us Murph, what would you say was your initial age when you found out you had a passion to rap?

“…as far as an initial age I’m not sure I have one. I’ve always been a big music fan (specifically Hip-Hop ). But if we are being technical I’d probably say my initial interest [to create music] started in 2017 when I obtained my LLC for Figure Eight Entertainment. Having the college background, combined with my interest in the music industry, I initially wanted to take the Suge Knight, Diddy (exec) route in the music industry. After working with and helping a few upcoming artists, I found my calling and hopped in the booth and now we are here.”

That’s a really dope approach to getting started in the game!

Do you think the current state of hip hop has helped amplify Philly artists and yall’s voice or has it been diluted because of the growing competition?

” I think the current state of Hip-Hop has given artists from all places a chance to have their voices amplified. The reason Philly artist voices’ aren’t as big (currently) as other markets such as Atlanta and Memphis is because of a [key] factor, Unity!  Other markets specifically in the south work together and put each other on. And in Philly we haven’t reached that point. Everybody has opps and nobody wants to lend a helping hand. So to conclude I think the current state of hip hop could allow Philly artist to have their voices amplified, we just have to help one another..”

That’s definitely true, Unity is the only way we’ll truly succeed as a culture out here.

Who would you say are some of your favorite hip hop artists that inspire you?

I have a few but I’ll start with Meek because he was my fav rapper growing up. He been carrying Philly for a long time and I hope to carry it the same one day. I also look at artist like Thug and Future who used music to become fashion icons and real life rockstars… Those are the guys that inspire me.” 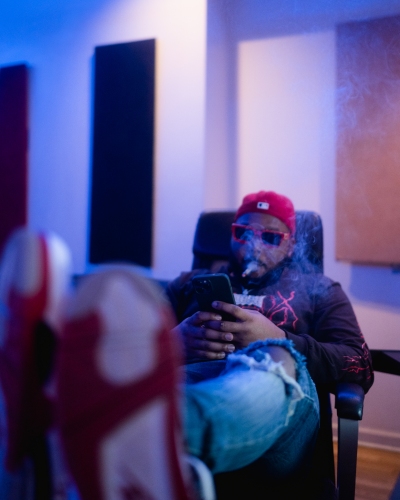 That’s what’s up, those are easily some of the living legends of hip hop culture.

What would you say is one of your short term goals as an artist within the next year?

“My short term goal as an artist for the next year is to simply “TAKE THIS SHIT TO THE NEXT LEVEL”. I plan on surfacing as one of the best artist from my city. I would like to reach 1 million streams in 2022. And finally I would like to bring the “BEEN HAVIN” brand to life. The lifestyle brand will combine fashion, music, and entertainment.”

What is one of your long term goals as an artist?

My long term goal as an artist is to make it to the point where I can take care of my family  and pursue other life ventures of of music. I want my name with the greats and I know I just have to keep going and keep grinding. Sometimes I feel like I started late in this game and I ask myself can I truly do this. Every time those thoughts enter my head I always remember a Nipsey interview I watched in the past. He said in so many words that “ he’s had every emotion that you can think of when it comes to music, he doubted himself at times as well. But he made to where he was at that time because he never gave up on it”. Hearing him say that will always stay with me. And that’s why I will great.” 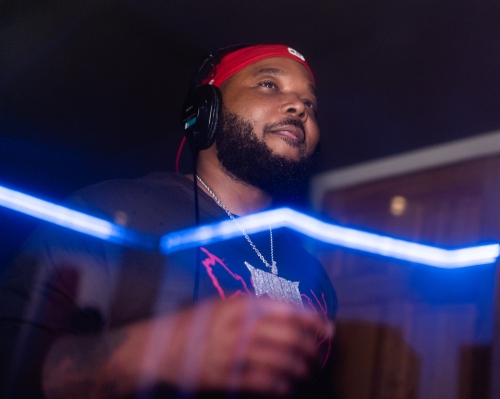 That’s too real, that same interview inspired me and I bet other like minded individuals as well! #TMC

Do you have any upcoming projects or EPs in the near future?

“I really just been cooking up, so I’m still putting everything together but I plan on dropping an EP or two in December. Then 2022 I’m goin album mode.”

What was your favorite track recorded thus far, and why?

” I can’t even answer what my favorite track is because once I make a hot song it’s only my fav until I make another one. Hopefully that’s a good thing which will keep me motivated to continue and make fire tracks”

Product of Society would like to thank Murph Been Havin for stopping by. We definitely looking forward to the new music droppin soon.