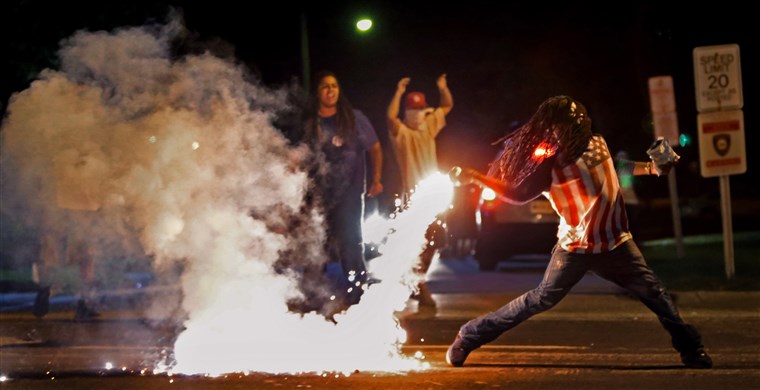 Somebody is murdering activists in Ferguson, MO.

These are the facts surrounding the situation. 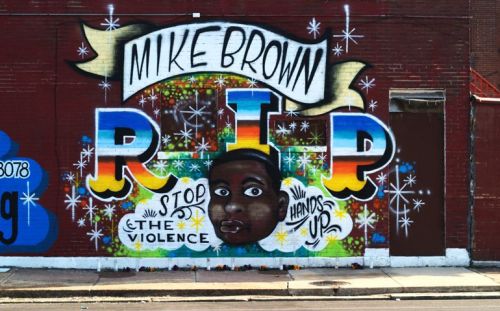 On Saturday August 9, 2014 around noon, Darren Wilson, a 28 year old white police officer of 6 years, shot and killed Michael Brown, an unarmed black teenager. Eyewitness and police accounts contradicted each other, with witnesses claiming Brown was shot while running away after being stopped for jaywalking and police claiming he was shot only after assaulting officer Darren Wilson after participating in a robbery.

It’s important to remember that Ferguson residents were not just protesting Michael Brown. A number of racial disparities in the city acted as gun powder to the fire, and Darren Wilson killing Michael Brown acted as the spark that set national protests in motion.

Ferguson’s population, according to the most recent census information, is comprised of 67% black and 29% white people. A white minority, the Mayor of the town, 5 of 6 city council members, the police chief and 50 of 53 police officers, governed an overwhelming black majority.

Sick of the divide between people and power, and using Michael Brown as a rallying point, the people of Ferguson began to protest August 9. They were joined in short order by the newly organized (2013) Black Lives Matter group, who gathered 600 community activists from around America to join Ferguson’s local protesters in what was dubbed the “Black Life Matters Ride.”

As nightly conflicts between police and protestors escalated, on August 16, Governor Jay Dixon declared a state of emergency and two days later, on August 18, ordered the national guard into Ferguson. Protests began to subside and on August 21, Governor Dixon recalled the Guard. Protests continued in smaller form for months to come.

Since the protests, young black male Ferguson residents who took part in the protests surrounding Darren Wilson’s killing of Michael Brown have been turning up dead.

In November 2014, a grand jury decided not to indict Darren Wilson for shooting and killing Michael Brown. Community activists gathered to protest. On November 24, 2014, one of those activists, 20 year old DeAndre Joshua, was shot in the head while sitting in his car. The car, and DeAndre with it, was then set on fire. 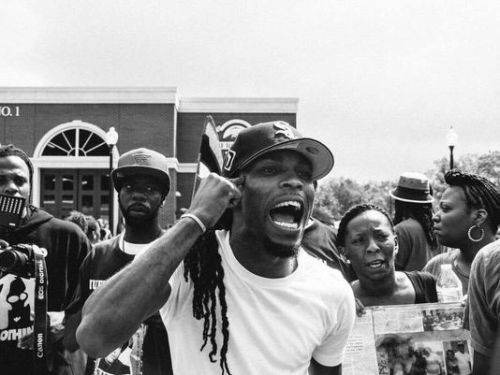 On September 6, 2016, Darren Seals was shot 6 times and placed in his own car, which was then set on fire. Seals, a local Ferguson protester, gained international attention in segments on The Washington Post and Al Jazeera News. 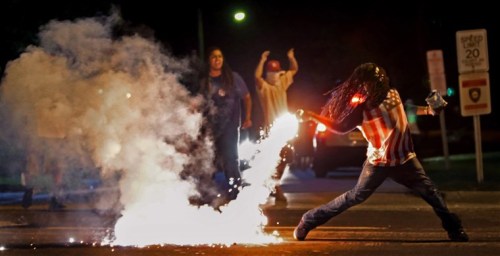 Edward Crawford, famed for throwing an active tear gas canister back at police during the initial clash in Ferguson, was a father of 4, living in a new apartment, and training for a new job. Early Friday May 5, 2017, 27 year old Crawford was found dead from a gunshot wound in his own car. According to police, two women were with Crawford in the car who told them that after discussing the depth of his depression “they heard him fumbling around for something, and the next thing they knew he shot himself.” When asked, Crawford’s father was quoted saying, “I don’t believe it was a suicide. They’re keeping it hush-hush.” 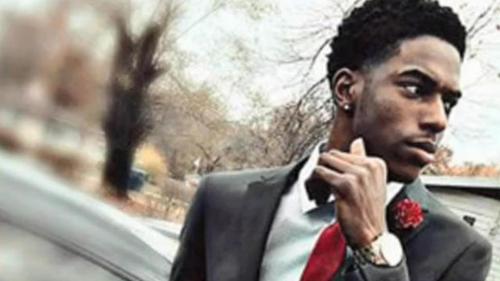 October 17, 2018, Ferguson activist Melissa McKinnies returned home to find her 24 year old son, Danye Jones, hanging dead from a tree in her backyard. The initial statement from St. Louis County police spokesman Shawn McGuire read, “Detectives, based on all the physical evidence and the current thorough investigation, they are investigating it as a suicide.” McKinnies adamantly disagreed, posting pictures of her son’s dead body on Facebook along with the caption, “They lynched my baby.” According to McKinnies, her son was happy, healthy, and planning a real estate venture. She and other activists continue to call for an investigation into Danye’s death as a murder.

As of September 7, 2018, St. Louis County police say they are investigating any link between the murders of DeAndre Joshua and Darren Seals. According to the aforementioned St. Louis County police spokesman Shawn McGuire, “Anything’s a possibility. Our detectives are always going to look into different avenues, or if it’s the same kind of motive.”

Ask yourself, is it the police’s job to provide us these answers or should we rely on each other and seek the truth ourselves?